Flow forming is one of the most advanced manufacturing technologies. Flow Forming Technology involves the application of pressure to the inner barrel of the wheel, while spinning and after it has been casted. This process stretches and compresses the aluminum, which increases tensile strength. In this respect the process shares similar properties to those found in the forging process. The final product is lighter, stronger, has increased elongation, and a much greater shock resistance as well as an increased load capacity over regular cast wheels.

Flow-forming can be considered a combination of casting + forging. (Generally speaking) the face of the wheel is cast and the barrel of the wheel is treated in a way similar to a forged wheel.

Flow Forming is a hybrid process in which low pressure cast aluminum is stretched and formed using heat and high-pressure rollers to shape the wheel. The stretching and forming process creates a thin and dense metal which has properties similar to forged aluminum. 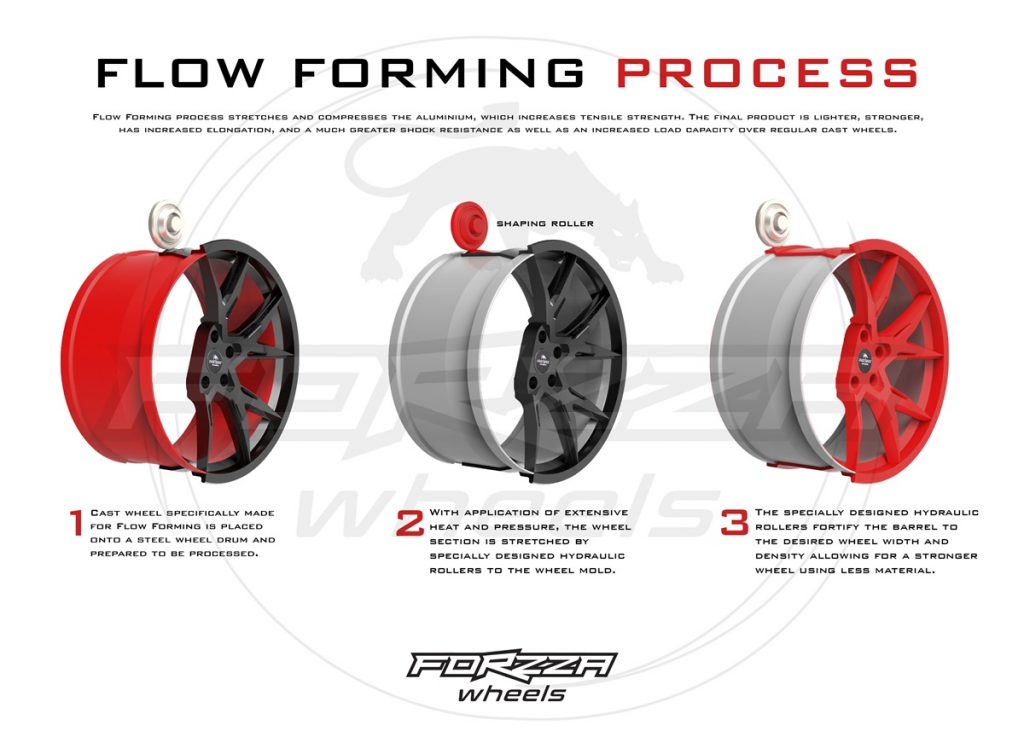 Check out Forzza Wheels LIVE STOCK and always know what sizes are available at the moment! LIVE STOCK